Change in the program: “A Revolution in Four Seasons” will not be screened

The film “A Revolution in Four Seasons”, which was supposed to be screened at Bio Roy, Monday November 11, kl 18.30, will not be screened due to technical problems. Instead of this film, we have accomodated requests for yet another screening of the film “I Am the Revolution”, which also is part of the special program “Feministic Revolution”.

Great interest for “I Am the Revolution”

Our solidarity program for Rojavas autonomy, now also includes the screening of the film ”I Am the Revolution” at Bio Roy, Monday November 11, 18.30. We have received enquires from people living in the central parts of Göteborg for yet another screening, apart from the one at Folkets Hus Hammarkullen, Tuesday November, 18.30.

Dear Exile film festival friends! Sometime ago, our Exile film festival Facebook was exposed to problems caused by unknown people. This led to our Facebook page being hacked and blocked. We tried to solve the problem and restore it, but in vain. We could not make it work. The page became passive for a long period.

Finally, we came to our will to launch a new Facebook page that you are already visiting at:

Please kindly use the new site and join our new Facebook. We will be happy to have you back among our contacts. We would be grateful if you could send this message to other common friends. We welcome your contact. Exile Film Festival

It is fun that after a selection process we have agreed with the cinemas and cultural houses that will show our selected films.
The selection meets our film festival’s policy: decentralization of film culture in the city of Gothenburg.
We will be a meeting place for public diversity, especially in the suburbs with
their enormous capacity to develop.
Now it is clear that we will have our program points at the following cinemas and cultural centers: 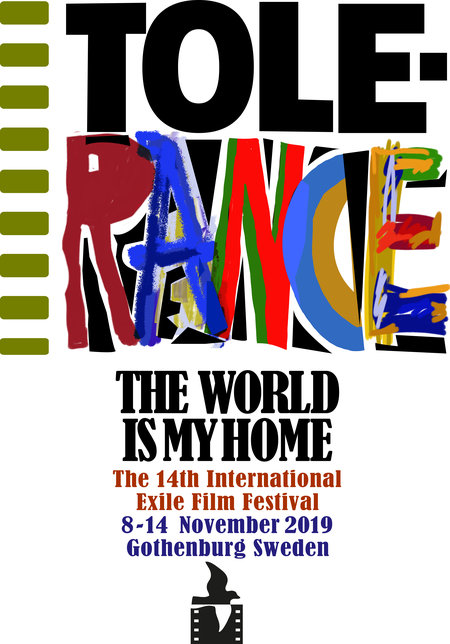 It is gratifying and we are proud that Ulf Svenningsson has shared his solidarity with exile filmmakers and created the Exilfilmfestival’s new poster.Ulf is one of Sweden’s most well-known contemporary artists in graphics, drawing and painting.This year’s poster draws attention to the special theme “Tolerance”. This film program is aimed at extremism and hatred, racism, religious phobias and violence of honor. 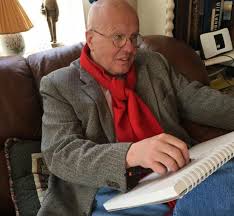 Ulf has worked as a journalist for Göteborgs-Posten (caricatures, politics, fashion, travel postage and fact drawing) for 30 years. He has, for example, visited and sketched 300 lighthouses, illustrated and designed several books, and his drawings and paintings have been shown at, among others, the National Museum, Gothenburg Art Museum and several galleries.

The Exile Film Festival’s Trailer can now be presented

This year’ss official vignette for the Exile Film Festival was created by students at the University West’s program 3D animation and visualization under the direction of Midhat Ajanovic, who is editor-in-chief of the magazine Animation, author, researcher and animator.

Three groups of 4-5 students in each worked together with their teacher to make several different proposals for the Exile film festival’s vignettes. The following students have worked on creating the vignettes.

– Vinjette 1: Grupp- Max Abrahamsson
– Vinjette 2: Grupp- Dante Bengtegård
– Vinjette 3: Grupp- Johan Mo
One of the vignettes has finally been selected to launch each film scarring during the festival period.

The selected one was created by Group Dante Bengtegård.

The selected vignette is:

The rest will be shown in connection with various program items.
We would like to thank all these creative students and Midhats employees
Jens Nilsson and Midhat, who have always stood up for and supported
the Exile Film Festival.

Engaged graphic artists are searched for the Exile film festival

The Exile Film Festival’s new edition is looking for a graphic artist to design the layout for our program booklet, which will be around 60 pages with information about the festival’s films, including pictures and viewing schedule.We need a person who is passionate about having the opportunity to work in an exciting solidarity group, to be both artistically creative and apply his or her technical knowledge.

You who feel ready to be with us, please contact us by email.